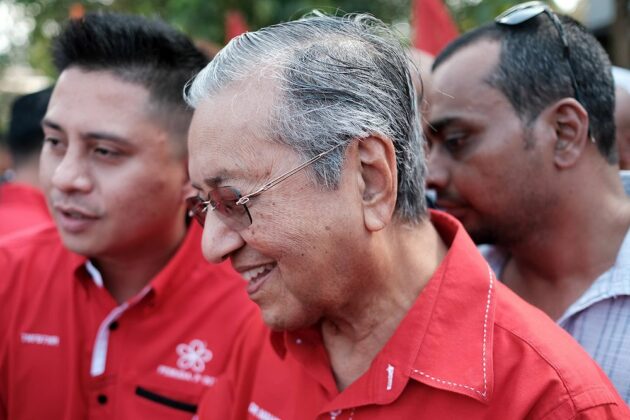 KUALA LUMPUR: The huge presence of listeners during Pakatan Harapan’s event in Bachok, Kelantan last weekend sent a strong signal to the Pakatan coalition, PAS and Barisan Nasional (BN) to gear up for the upcoming general election.

Ilham Centre executive director, Hisommudin Bakar opined that the event was a big success for Pakatan as well as a good indicator for the opposition coalition.

“It was out of the ordinary. It has been a while since we have seen a large crowd during a political event in Kelantan. It was a good signal for the opposition.

“I believe many of those were local people as it is not abnormal for Kelantanese to go to a political event. Some of them came from as far as Machang and Pasir Mas,” he said.

Hisommudin added that only Anwar Ibrahim had the capability to draw thousands of ‘ceramah-goers’ previously, therefore PAS and BN must look at the scenario seriously.

“Usually, Anwar is the factor that draws people to go out but this time it is Dr Mahathir Mohamad. Moreover, it was a Malay majority area. So it is good for Pakatan,” he added.

Asked if PKR-linked watchdog Invoke was right to say that PAS might lose Kelantan in GE14, Hisommudin said that the real factor behind the large presence of people was because the state government’s failure to manage Kelantan well.

According to Hisommudin, the crowd swarmed the venue as a manifestation of unhappiness with the way Kelantan state government is handling its internal affairs.

“It was not just because of the sentiment or how the people feel about PAS. It was because the state government has failed them. Lack of accountability, lack of leadership, lack of the way they handle internal affairs.

“It is a manifestation of unhappiness and dissatisfaction with Kelantan state government,” he added.

Will it turn into votes?

PAS may not win a single parliamentary or state seat, according to Invoke’s calculations, adding that Kelantan may also fall to BN. Pakatan however is expected to increase its federal seat tally for the peninsula to 89 while BN gets 76.

Addressing the 8,000-strong crowd in Bachok, Pakatan’s PM-designate Mahathir said Prime Minister Najib Razak would not sleep soundly if he saw the reaction Pakatan received in the state.

“I am of the opinion that the crowd tonight is the largest since Pakatan started its roadshow,” said the 93-year-old former premier.

Meanwhile, Universiti Utara Malaysia (UUM) academic, Prof Dr Ahmad Marthada Mohamed said that Mahathir himself was not a popular figure in Kelantan when the latter was the prime minister.

Explaining further, Marthada said that it was a clear signal that the people in Kelantan wanted a new perspective.

“Mahathir was not popular in Kelantan. He hardly came and visited the state when he was the prime minister. But this time, after joining the opposition he took the chance and it paid off.

“Maybe the people wanted to hear it from the man himself. What he has to offer and this is a signal not just to Pakatan Harapan but to other parties as well. BN must take this latest development seriously if they want to win in Kelantan,” he said.

However, both individuals agreed that the large crowd was not the signal of a victory for Pakatan yet.

“It was huge but will it be translated to vote? That is something that we need to wait,”Hisommudin said.

“We cannot say how far the people have gone now. The support is there but will it be turn into vote?” Martadha echoed.